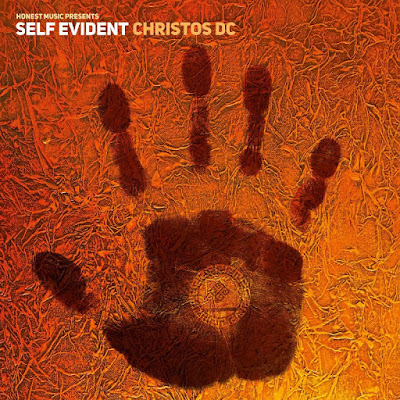 Soulful-toned roots reggae singer Christos DC unveils his new album Self Evident via his own Honest Music imprint. The ten-song project is signposted by first single I Reserve The Right featuring Brazil's Dada Yute.
Two years in the making, Self Evident is the Greek-American singer-songwriter and producer's most profound and traditionally roots reggae album to date. Across ten tracks, Christos' plaintive, delicate voice mingles with a colourful palette of soft yet crisp horns, blissful, celestial guitars, "question and answer" percussion, and gently insistent drum and bass.
In keeping their writer's Greek heritage, the lyrics ask big philosophical questions, encouraging more understanding of life's intricacies. Silence examines the role of saying nothing in our interactions, echoing the Greek philosopher Aristotle in valuing deeds over than words (and closing with a refrain reminiscent of ska classic Wings Of A Dove). Better To Be Free is a rumination on the concept of liberty, ranking it as more important than familiarity or security.
The free-flowing nature of Christos' music is mirrored by his global choice of guests. Amsterdam's Skankin Monks provide the rhythm for Better To Be Free, while Florence Italy's deDUBros supply the backdrop to Be Wise. The sole vocal combination is socially conscious single I Reserve The Right, enlisting a fellow striking vocalist, Sao Paulo’s rising star Dada Yute.
The title track will already be known to fans of the World A Reggae riddim - produced by Poland’s K-Jah Sound and commissioned by World A Reggae online magazine. Closing plea In Peace was co-produced by Tomasz Wojcik, also from Poland, featuring players from the Maleo Reggae Rockers. The Self Evident project was mixed by St Croix dub-master Laurent Tippy Alfred, celebrated for his work with the late Vaughn Benjamin of Akae Beka.
"I have always had a love for old-school reggae and this is reflected in the sound of this album" says Christos of his project. "Horn sections have become quite an integral part of my sound and they play a strong role. I made no attempt to create a modern sound as an organic feel seemed to really suit the project. The songs are quite philosophical in nature dealing with themes such as the connection between our heart and mind. As well as the meaning of silence in our human engagements."
Unified in sound and steeped in feeling, Self Evident dwells in that increasingly rare enclave of soulful, restorative and replenishing cultural reggae music. It's an album that gently ushers you into a deeper, more introspective world. And, as its name suggests, it only needs to be heard to make its truths clear…
Self Evident is available on iTunes and Amazon and the CD format is on sale on Christos DC Bandcamp page.